Lucinda, a beautiful flame point Himalayan cat was recovered in a community west of the Twin Cities, by the police, who found her huddled by a hurricane fence in a parking lot near an apartment building. Apparently, this poor girl had been abandoned by the owner and apartment dweller who simply moved away and left her outside. Thank goodness another resident of the apartment building spotted Lucinda and called the police to help her. 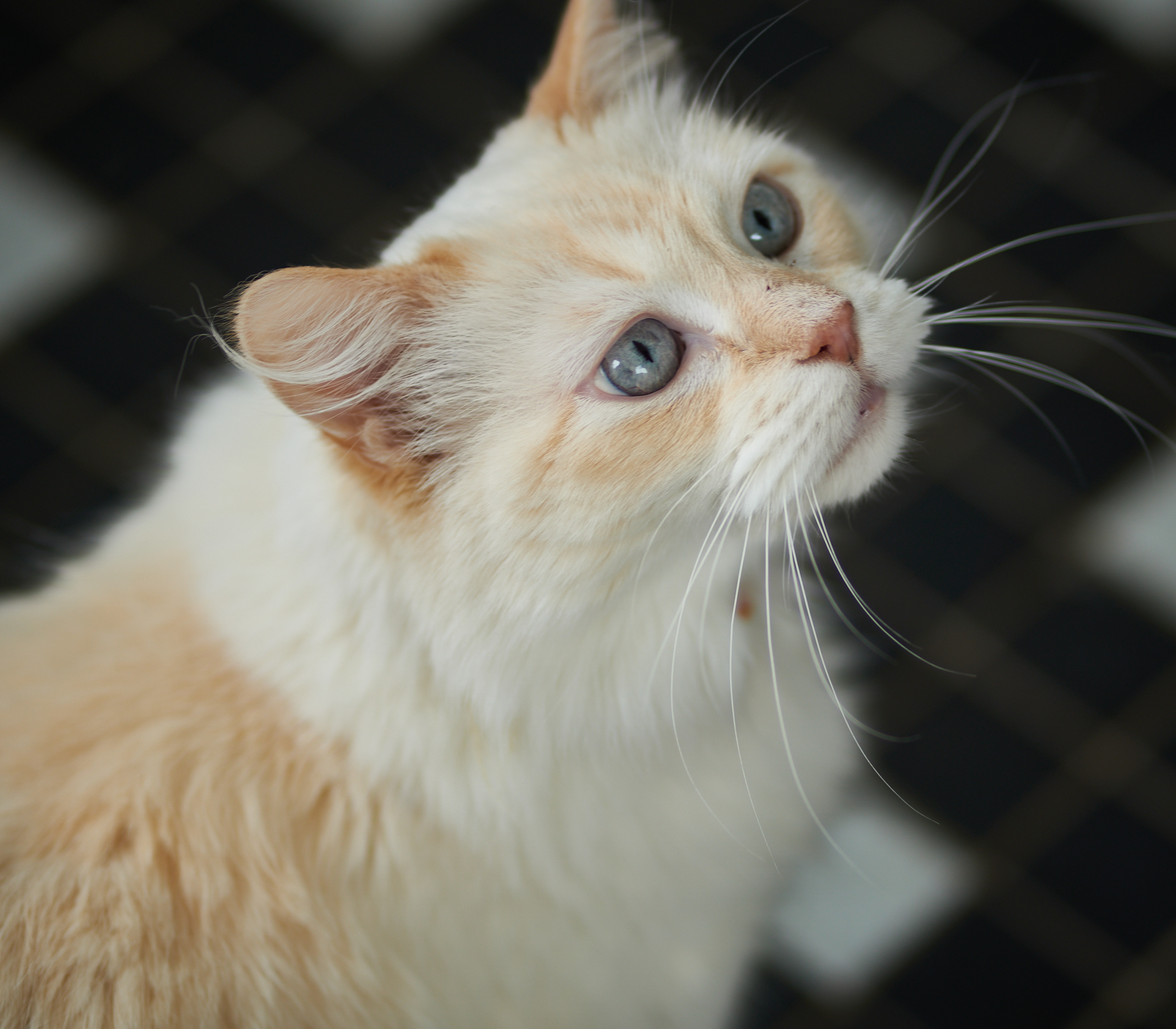 She was taken in by the police to their impound, but only rudimentary care was available as you can see from the photo of her while in their facility. Lucinda appeared blind, feral, and to have neurological issues that deterred rescues from helping her, despite her pretty appearance. Home for Life® offered to help her, without really much information on her medical situation, with the caring police officers extremely worried about her and her future. 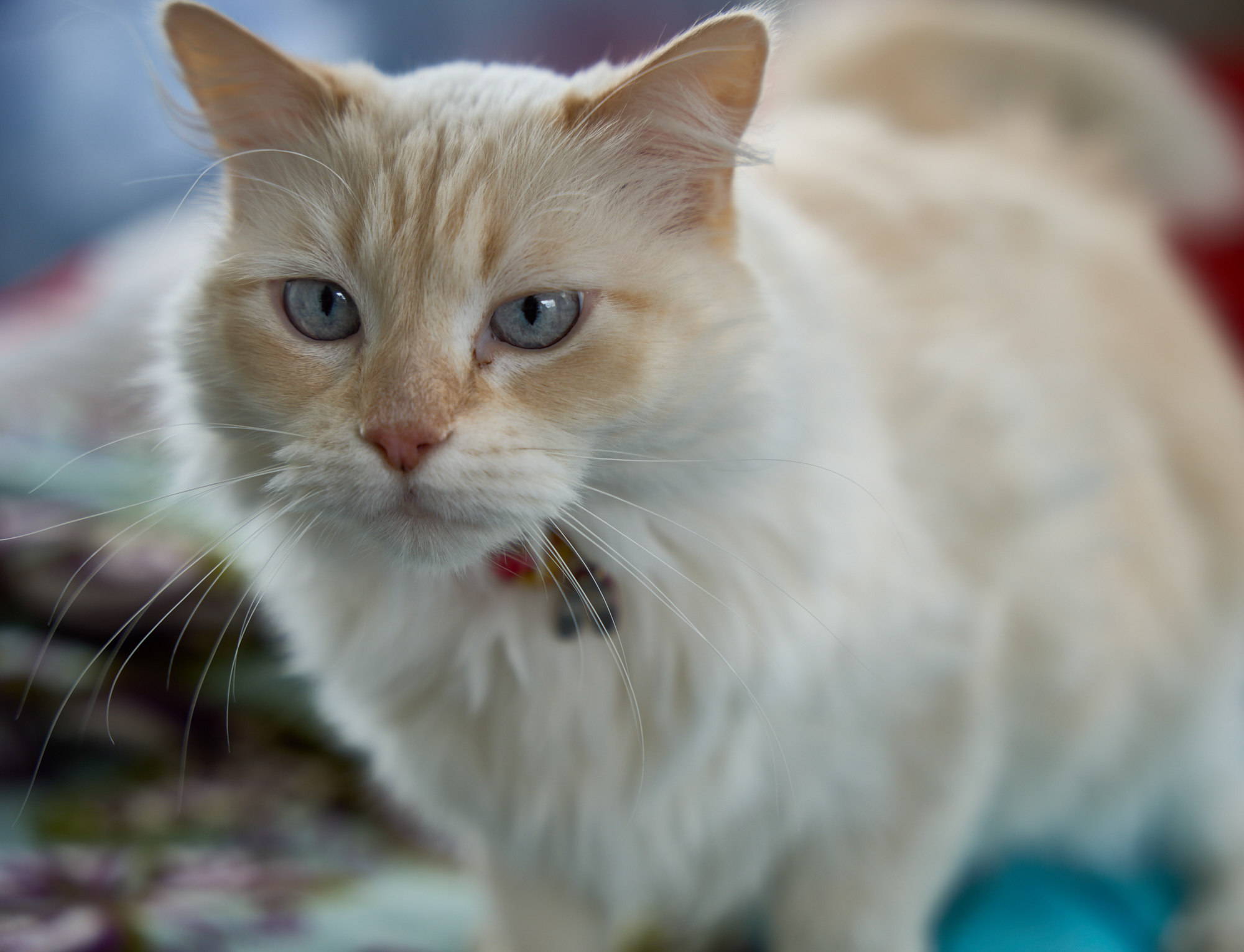 Lucinda was fortunate that the Anoka police recovered her and then lobbied to get her the support she needed, not assuming she was beyond help either because of her physical symptoms or the frightened behavior she was demonstrating.

Lucinda has flourished since coming to Home for Life®, and what we have observed is that she appears to be an older cat, with some degree of kidney failure, as she requires periodic fluids therapy to maintain hydration.  Although she had been defensive and fractious while in the cage at impound, once at the sanctuary after a long car ride from Anoka, Lucinda named after a beloved HFL donor, warmed up to our staff and was purring and receptive to petting.  The eye movement is something seen in Siamese cats according to our veterinarian who examined her shortly after she arrived.

It's so heartbreaking to think of this senior cat, abandoned and alone in the world, left outside to sink or swim. She would have had no chance if not for the kind police officer who retrieved her when a concerned resident of the apartment building called, after seeing her there, over a period of days. Home for Life® found the collar that complements Lucinda's beautiful coloration and really her story: a yellow brick road collar with the red shoes charm - because for Lucinda there's no place like home - Home for Life®!